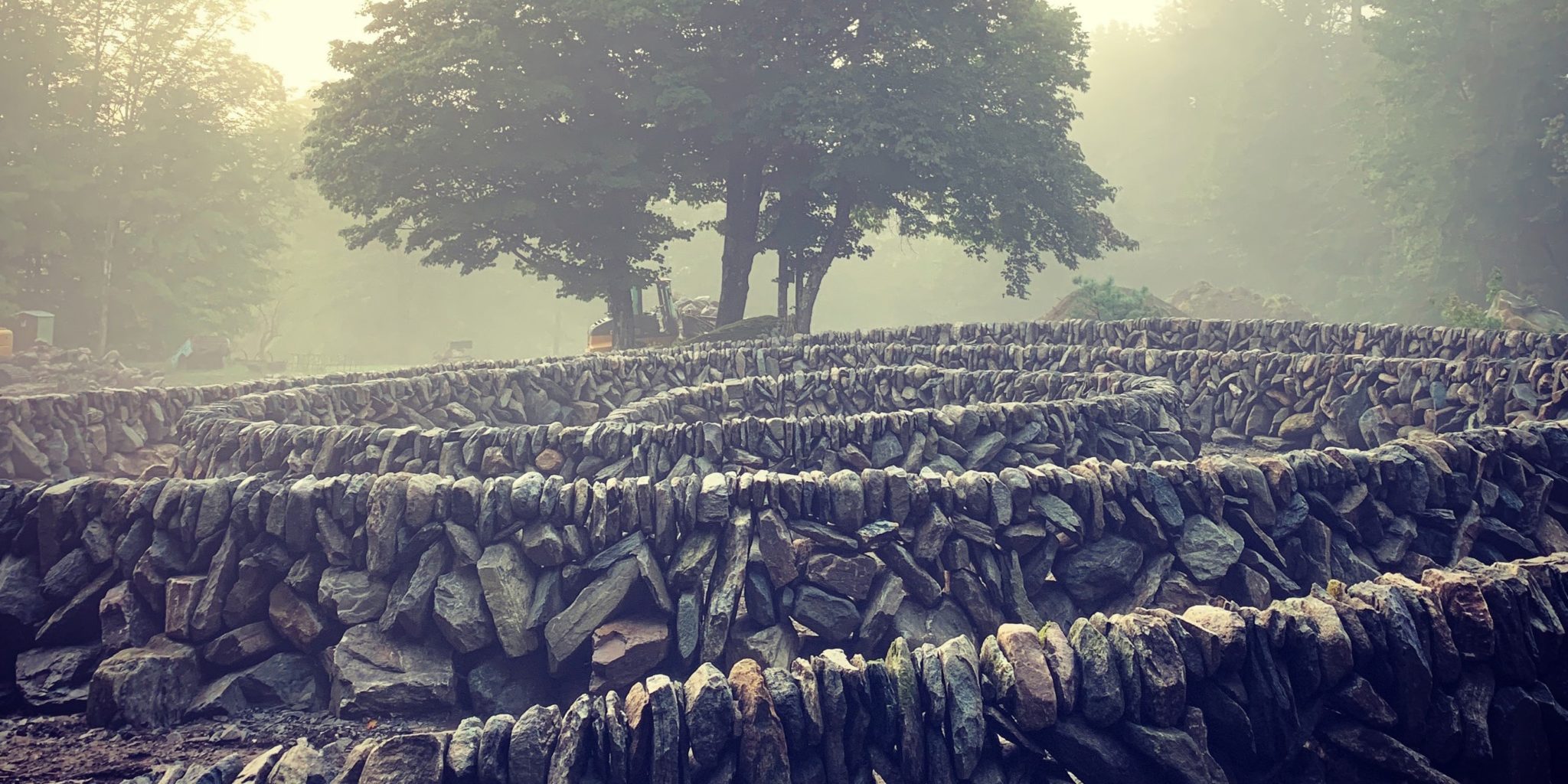 LUKE BONANG (Vermont) grew up in the mountains of southern Vermont where he became naturally familiar working with his hands at a young age under the tutelage of his father, a carpenter. Luke graduated from the University of Vermont in 2003 and pursued his passion for snow sports by moving to Mammoth Lakes, CA. Upon returning to the Green Mountains in 2007, his affinity for making things with his hands led him to working with stone.

FEATURED IMAGE (above): The Spiral Wall was built in a singled-up wedge fashion similar to walls found in Inis Mor, Ireland. Its form is an Archimedean spiral and is topped in a somewhat traditional, vertical coping style adding balance to the madness below with a crisp line above. Stone for the project was found onsite and the wall consists of an 11 ft path leading to its 4 ft high center. The outside diameter is approximately 85 ft. Luke was assisted by his team – Tyler Emond and Noah Shepard.

Photo below: 45 ft long retaining wall averaging 4.5 ft in height and follows a form similar to a French curve.

To learn more about Luke and his company, LB Stonework, click  HERE.