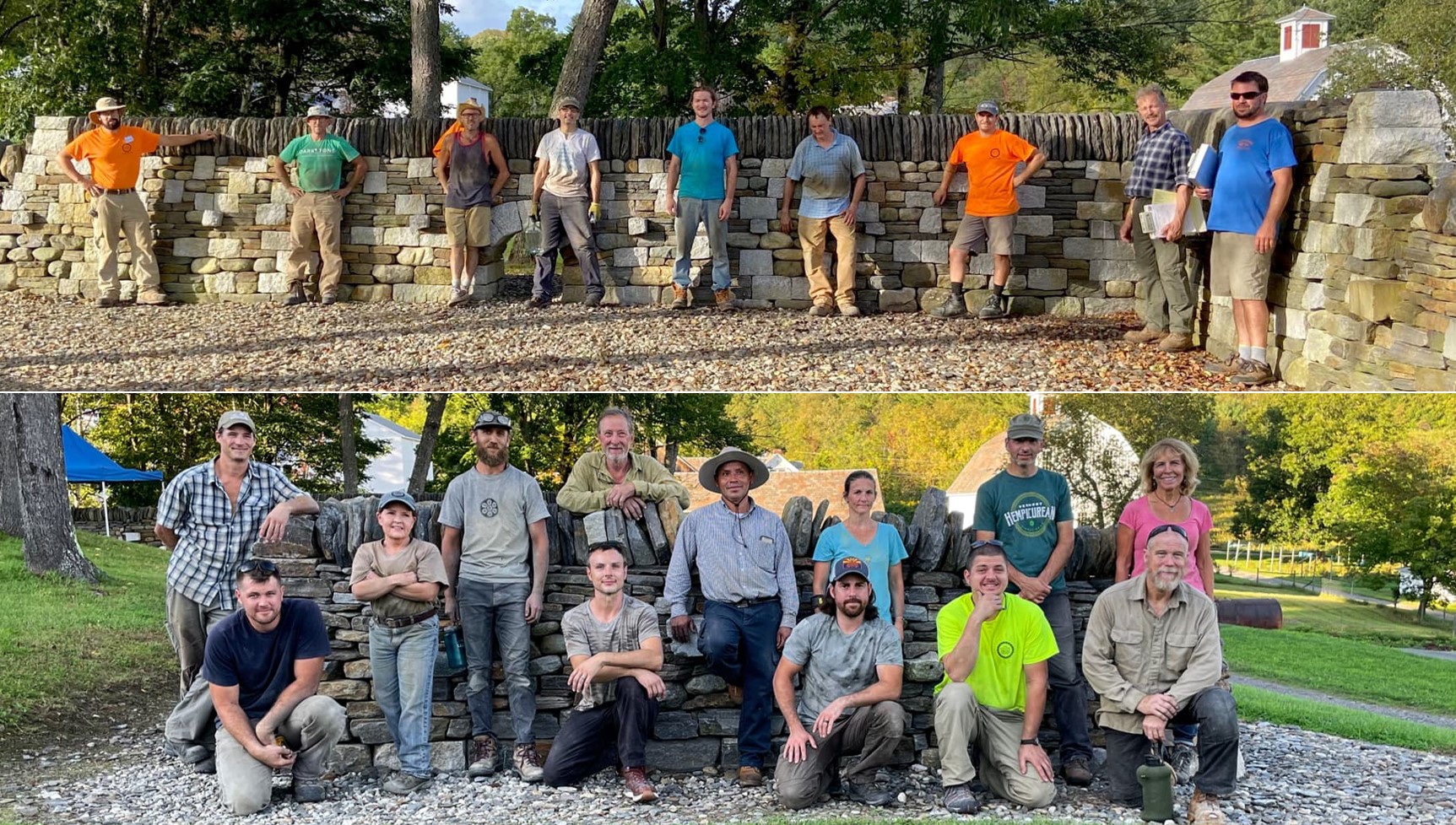 It takes brave souls to test their walling skills against the Dry Stone Walling Association’s Craftsman Certification Scheme. Each of you fit training into busy lives full of work, family, friends, community obligations, celebrations and losses. Some of you drove 2000 miles, others 400. A few of you live relatively close to the Stone Trust Center. Whatever your circumstances, the effort that you are making to embody the traditional craft of dry stone walling matters to you and to us.

Over the course of two days, eighteen men and women presented themselves as candidates for Level 1 Initial, Level 2 Intermediate, and Level 3 Advanced Waller certification. Here’s how the results fell out:

In sum, ten of the eighteen passed.

For those who did not pass, examiners recommend a lapse of three months and a re-test. Spring 2022 test days are scheduled for May 23 and September 22 and 23. We’ll be in touch with you to offer support between now and then. Thanks very much for making a concerted effort!

Congratulations to all of you who have joined the ranks of wallers certified through the Stone Trust!

Thanks very much to examiners Chris Tanguay, Michael Weitzner, and Brian Post for bringing Master Craftsman and DSWA-Certified Examiner expertise to the two days, as well as supportive attitudes and objective eyes. Thanks to Dan Morales-Walsh for providing site coordination and to Judy Rand for volunteering. Thanks to everyone who brought good wishes to test days!