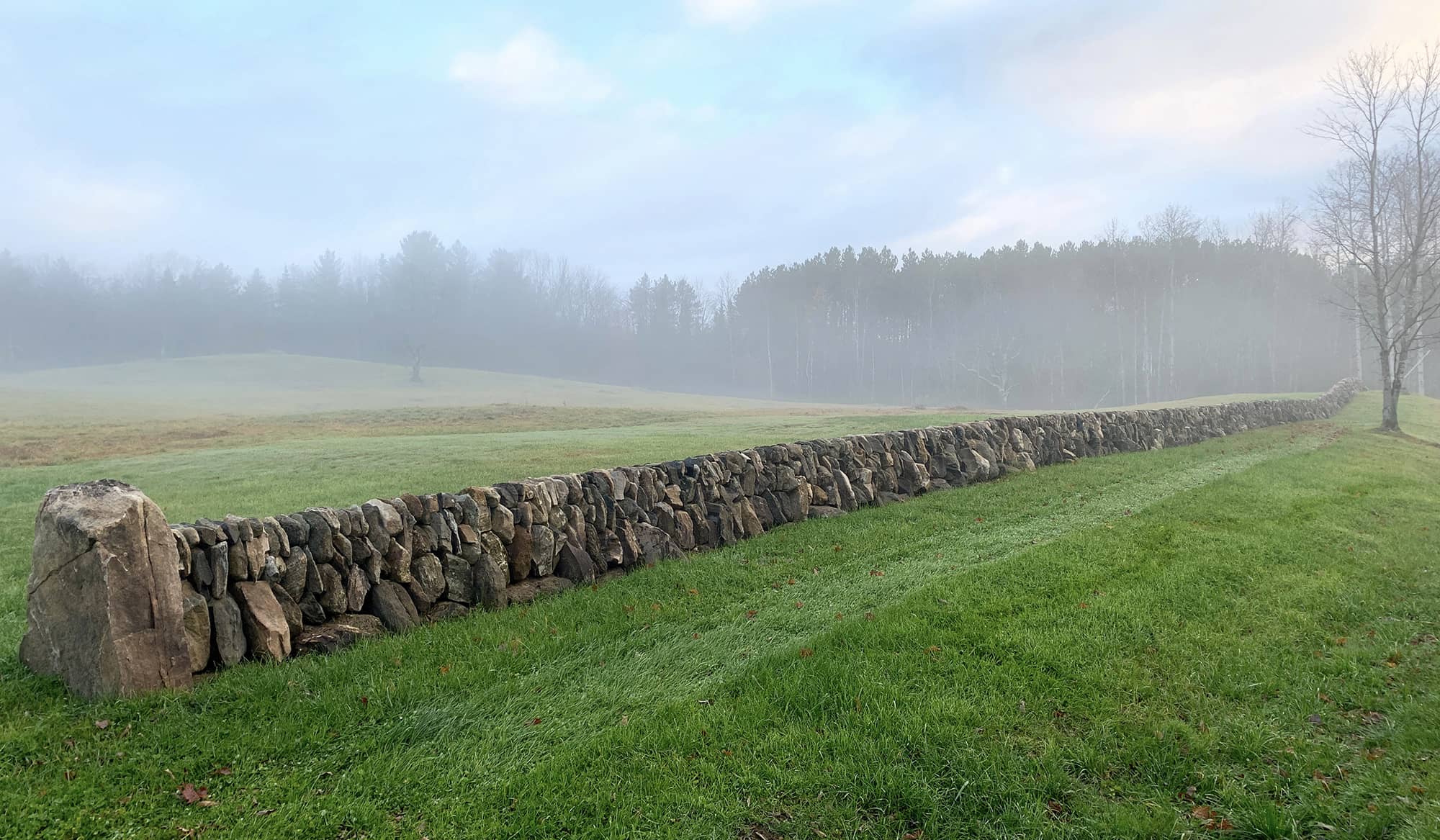 LUKE BONANG (Vermont) grew up in the mountains of southern Vermont where he became naturally familiar working with his hands at a young age under the tutelage of his father, a carpenter. Luke graduated from the University of Vermont in 2003 and pursued his passion for snow sports by moving to Mammoth Lakes, CA. Upon returning to the Green Mountains in 2007, his affinity for making things with his hands led him to working with stone.

FEATURED IMAGE (above): Snapshot of a 1000+ linear feet of field wall located in Weston, VT. Inspiration for the wall design and construction was drawn from singled up walls found in the Aran Islands, in particular Inis Oirr’, and the desire to bring a piece of Irish history to the fields of Vermont. Wall work: Luke Bonang, Tyler Emond, and Noah Shepard.

Photo Below: Wall consists of some very large and knobby stones found on site. Each stone was worked (sides, tops & bottoms) with the use of a saw to create nice lines and tight joints. Wall work: Luke Bonang and Tyler Emond.