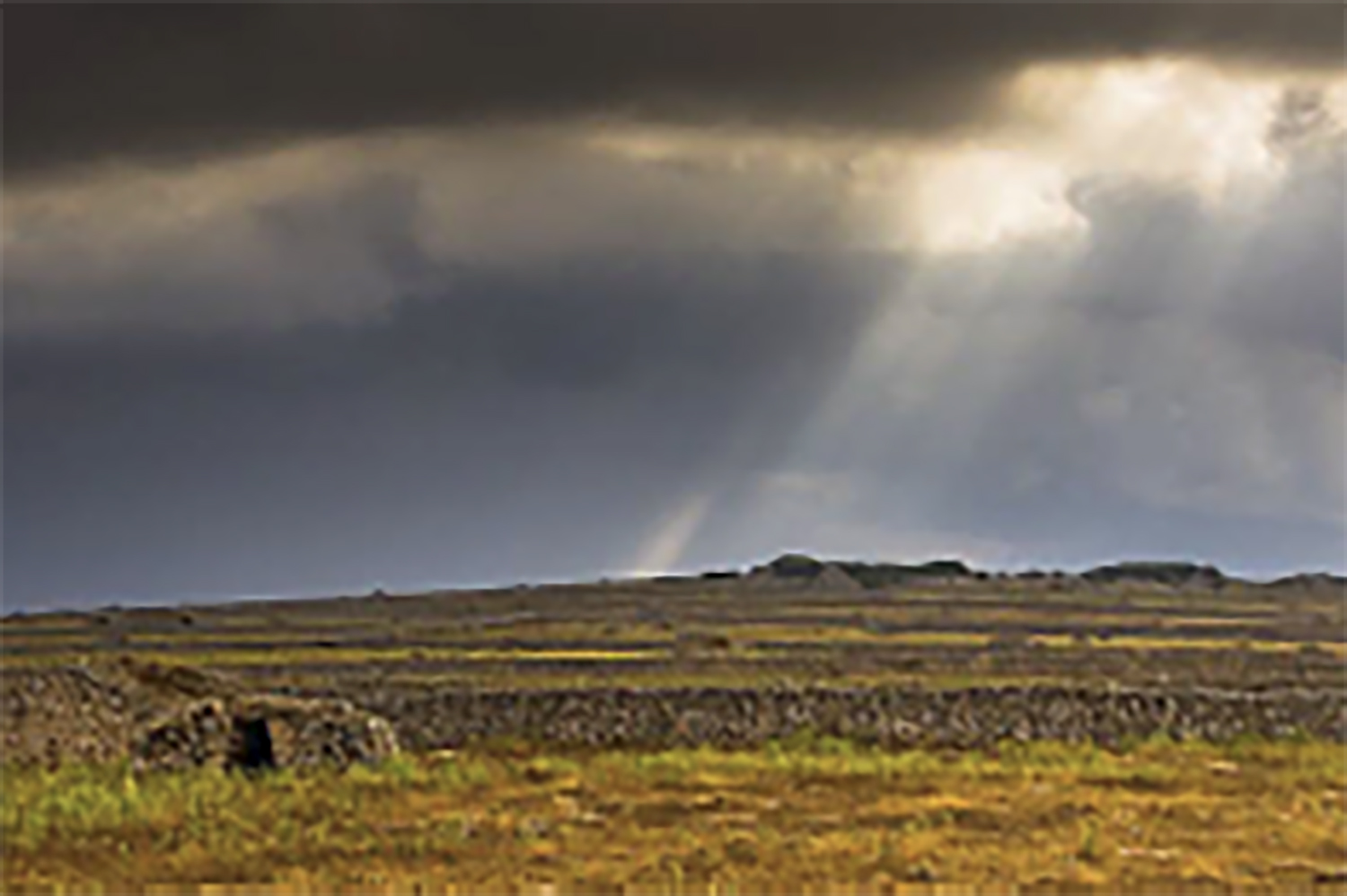 Over the ensuing years two main campaigns emerged. First the necessity of education to promote appreciation of the value of the wealth of ethnological structures and the landscape they have created in Punta Nati, opening this knowledge to locals and visitors.

The three bodies, SHAMB, Amics and Lithica, with different approaches but the same objective, carried out numerous acts in defence of the Punta Nati, attending round tables, holding specific workshops and meetings , music by local artists, poetry and producing videos and a booklet of stories about Punta Nati. The SPS held their 16th Congress in Ciutedella in 2018, hosted by SHAMB (their 2010 congress was held in Ambleside, Cumbria- hosted by DSWA).

Importantly the Punta Nati was also added to Hispania Nostra’s “red list”. Europa Nostra is a pan-European organisation which brings together over 400 organizations (heritage associations and foundations, government bodies, local authorities and corporations). Amongst its works It operates an influential listing for endangered heritage sites.

The “Heritage Red List” publicises abandoned and endangered heritage sites aiming to achieve their protection. With categories covering archaeological, civil, religious, industrial, military, and natural heritage, it is drawn up under the supervision of a scientific commission made up of specialists in the field, and covers those aspects of Historical Heritage that are in risk of disappearance, destruction or  essential alteration. There is also a ‘Black List’ covering heritage which has already disappeared and Green List for sites that have already been saved.

The second aspect of the campaign was the mounting of a legal challenge.

Whilst the designation “Place of Ethnological Interest” seemed the ideal instrument within Balearic legislation, The Consell had remained silent and so in 2017 as a last option the matter was taken to court. The BIC designation was requested on the grounds that the protection of such landscape assets must refer to the architectural, ethnological and Intangible Cultural Heritage(knowledge), and to the natural environment in which they are found, together, inseparably. Thus, the individual architectural elements and the natural landscape must be protected jointly from interventions that might affect the perception of the whole.

Having been created to promote the cultural landscape of Punta Nati and defend it from any project that detracts from it, with the ultimate objective of achieving the declaration of Punta Nati as a Property of Cultural Interest (BIC) The Amics de Punta Nati met its primary goal earlier this year less than 4 years after its creation and 7 years since the overall campaign had begun. On the 24th of February 2020 a framework agreement was signed which manages to not only safeguard but also enhance the Landscape in Menorca and the Mediterranean, and on April 2, Hispania Nostra removed Punta Nati from its red list.

Hispania Nostra explained in a statement, that this was because “a four-way agreement has been reached and signed between the Consell de Menorca, the Ceconat company, the property of Son Salomó and the Martí i Bella society within which the project has reduced the photovoltaic coverage in Punta Nati from 170 to 68 hectares, which meets a balance between heritage and renewable energy,”

As Mela Sánchez Gómez puts it in her article (slightly paraphrased at times ):
“It seems incomprehensible that it in civil society we have to resort to justice as the only way to protect and exercise our rights, against an all-powerful administration that violates its own laws relating to Heritage protection. From the beginning the solution to this problem should have been an example of balancing Heritage and Clean Energy. But we have only witnessed the impotence of an administration without its own policy or resources to design a public energy policy. An administration that felt obliged to accept that it is private initiative, with international investment funds, that decide how and where to generate energy. An administration that uses the problem of global warming, to justify the sacrifice of heritage rather than its defence.

In this case against a unique dry stone site that identifies us as Menorcans. It seems incomprehensible that Spain signed the European Landscape Convention in 2000 and ratified it in 2007, whilst no specific laws to protect our landscapes having been created to date. Even more remarkable given that the Spanish Ministry of Culture included the Punta Nati Cultural Landscape in a selection of 100 Cultural Landscapes in 2015. This designation has not served to stop this macro-solar park, which has
instead been praised by the different administrations (Central Government,
Balearic Government, Island Council and Ciutadella City Council). It is even more incomprehensible that they ignored the extensive report of ICOMOS Spain, recommending the protection of the site.”

I would like to throw in my two-penneth worth here noting the hypocrisy of a government that embarked on its original course at a time when it was also pushing for the recognition of Menorca’s Ancient Stone Heritage,.the talyots and navetas… as a world heritage site, turning a blind eye to the proposed desecration of an albeit more modern, but arguably no less significant, aspect of the islands historic, almost unique, stonework.

Back to Maria…
“What has really forced the administration and the company to reach an agreement has been the admission to proceedings of three litigations filed by the SHAMB, two against the Consell and one against the Government. The company and the omnipotent administration (proud of its star energy project), would not have proceeded in this way if there were not a court of law on the horizon. And at this point, it has had to be the civil society that has given an example of sanity signing, generously, this framework agreement that reconciles the implementation of this solar park with the Heritage.”

In 2016 the original proposal of an 173ha extension was reduced to 104ha but the most densely populated (in terms of stone buildings) part of the site would have still been engulfed (including the barraca shown at the start of this article). Now that area is also excluded and the total expansion reduced to 68ha.

Overall an area of 960ha has now been definitively protected as a BIC. Not only has the area been protected but a visitor route through the interior of the estate joining the most relevant archaeological and ethnological landmarks, previously inaccessible to the public is to be instigated along with an elevated viewpoint from which to grandeur of this landscape can be enjoyed. There is also a commitment to reconstruct the two most relevant ponts of the estate.

Sa Creu, the more extravagant of the two
Ponts to be repaired © Amics de Punta Nati

As Carmela Sánchez,of ‘Amics’ told me “The agreement shows that a balance between clean energy and the defence of Heritage is possible and necessary. This is also how Menorcan society has understood it. We are happy with the result, although to achieve it we have had to sacrifice 68 hectares of this territory.”

Given the status of the area the 68 hectares should NEVER have been authorized in the first place, but all the organisations involved in the campaign seem to accept that there must be compromise and are happy, with the Lithica website noting that the accord “allows the visibility of an area traditionally undervalued for its humble origin attached to the land and initiates a great cultural project of European resonance, and the best thing is that it becomes a model of concord between energy industrial facilities and living heritage.

Even though successful Amics will of course continue their work in order to guarantee the protection, conservation and permanence of Punta Nati.

I shall leave the final word to Maria…

“Now the issue is on the table, both in Menorca and in Spain, and should be addressed at a European level. The SHAMB, Amics de Punta Nati and Lithica continue their educational work holding a conference this November 2020 to reflect on the balance between the implementation of clean energy and the necessary respect for heritage. A necessary balance” which we must continue to fight for.

This Master Class article originally appeared in issue 33 of Stonechat, produced by the North Wales Branch of the Dry Stone Walling Association of Great Britain.  This entire issue of Stonechat, and many more, are available at http://www.dswales.org.uk/Stonechat.html

Thank you to Sean Adcock and Mela Sánchez Gómez for allowing us to provide this content, and please donate to the North Wales Branch.