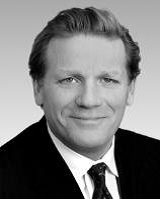 Many thanks to fellow board member Paul Peterson for interviewing Ed and writing this profile.

Ed joined the board of The Stone Trust (TST) in January 2020. He has spent his entire professional career working in finance, but when he took an introductory course with TST in 2014, as he says, “I was bitten by the walling bug.”

Ed was born in New York City and raised in the Westchester suburbs. After graduating from Regis High School in New York City, Ed attended Union College in Schenectady, New York where he majored in Economics and later earned a Master’s in Business Administration (Finance) from New York University. In 1985, Ed joined Keefe, Bruyette & Woods (KBW) where he specialized in the analysis of global banking companies. Five years later, Ed was asked to relocate to London to establish KBW’s first international office, where a two year initial commitment ended up extending to nearly 14 years. In 2004, Ed and his family returned to the United States in order for Ed to work for JPMorgan Securities in New York. He is currently employed by HSBC Securities, providing investment advice to institutional investors.

Ed has been married for thirty years to Holly Fleming, with whom he shares two children, Thomas and Kristen. In recent years, Ed and Holly have been spending more time at their home in West Townshend, Vermont, which has been in Holly’s family for nearly a century. Ed’s introduction to dry stone walling had its start at this home when he had to figure out what to do with a massive pile of rocks that Holly’s dad had cleared from one of the hay fields.

Ed has a particular interest in the Follett stone arch bridges located just off Route 30 in West Townshend. They are all free-standing, dry stone arch bridges designed and built by James Otis Follett between 1894 and 1910. Once numbering forty structures in Townshend and adjacent communities, a cluster of four remain intact today. The cluster has been designated as an Historic District on the National Register. Ed and Holly are enthusiastic supporters of ongoing efforts to restore and protect these important Vermont landmarks. TST is fortunate to have board members that that actively pursue TST’s mission to develop public appreciation for practical, enduring dry stone structures.