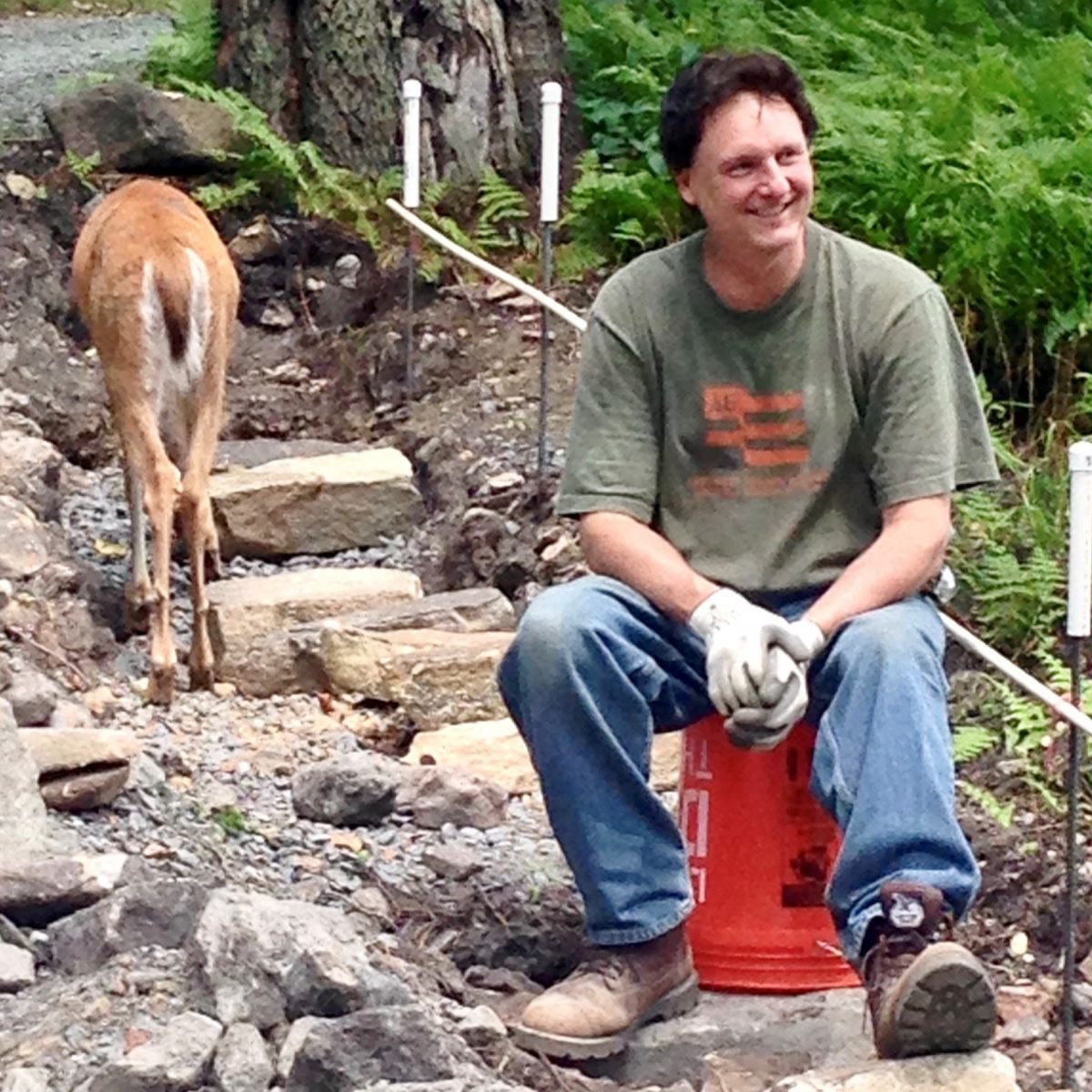 Many thanks to fellow board member Paul Peterson for interviewing Jerry and writing this profile.

Jerry joined the board of The Stone Trust (TST) in 2016 and currently serves as Treasurer. He has participated in the transition of TST from a small group of annual workshops to a broad curriculum of dry-stone walling courses that can help prepare people for the certification process. Jerry has Level Two Intermediate and Instructor certifications from the Dry Stone Walling Association of Great Britain (DSWA-GB). In addition to helping guide the development of instruction at TST, Jerry is actively involved in expanding TST course offerings to new sites.

As the son of a career Navy man, Jerry lived in numerous places along the East Coast during his youth, with a particular fondness for Charleston, South Carolina. After crewing aboard a US Navy nuclear submarine, Jerry began working at a global chemical manufacturer, rising to a management position in supply chain/logistics. In 2008, the Coggin family moved from Greensboro, NC, to Johnstown, PA; his sons deciding to attend the University of Pittsburgh in Johnstown.

In Johnstown, Jerry began work in supply chain/logistics at Kongsberg, a Norwegian defense and aerospace contractor with an American subsidiary. His wife Kim began a “small building project” at their home using available stones. The initial small project led to dozens more. Soon Jerry was rigging a winter tent structure so that Kim could stay dry while she continued her stone work in the freezing cold. As Jerry relates, “I was initially drawn in by Kim’s passion for the craft and the possibilities it presents, and soon it became my own passion to learn and spread the word.”

Jerry and Kim operate Laurel Stone Works from their farm in Johnstown. They are looking forward to hosting workshops in the coming years and supporting the development of a robust dry stone walling community in Pennsylvania. Jerry is optimistic that TST can develop certification tracks through courses and mentorship programs to support the long term health of the stone industry.  “The Stone Trust has a great curriculum, and a wonderful community of knowledgeable instructors and supporters.  The possibilities are virtually endless when that tribe of talent puts their mind to the task.”