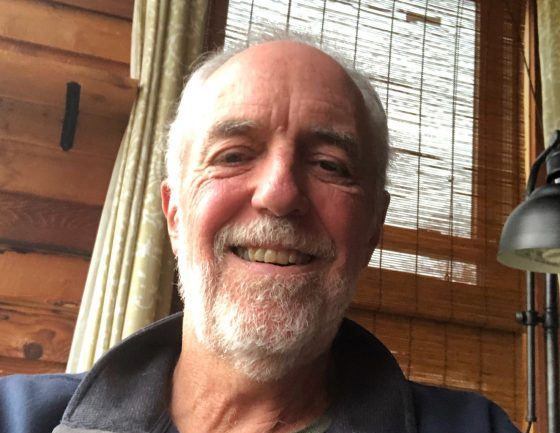 In January, Paul generously offered to interview the twelve members of The Stone Trust board. He offers this profile of himself.

Many thanks, Paul, for helping us understand the skills, experience, and commitments you and others bring to your work on the board!

Paul joined the board of the Stone Trust in January 2020. His interest in TST began in 2014 when he took an Introduction to Dry Stone Walling workshop at the Scott Farm in Dummerston. After two days of sweating in 90 degree heat, Paul was hooked.  He began collecting stones on his 30-acre woodlot in Putney. Over the years, he has built a stone fire pit and other small features. Now that he is retired, Paul has been collecting stones for a more ambitious project: a retaining wall.

Paul grew up in the Boston suburbs. After college, while living and working in Washington, D.C., he decided to take a new direction and moved to southern Vermont in 1978. After a year of odd jobs, he began working in a state program that focused on reducing energy consumption. That launched a career in promoting energy efficiency as a resource with the University of Vermont Extension Service, the Vermont Public Service Board, and ISO New England (the operator of the regional electric grid). For the past twenty years, Paul has worked for consumer advocate and environmental organizations in efforts to improve the efficiency of electricity delivery.

In addition to promoting efficiency at all levels of energy use, Paul has focused on how people most effectively learn and communicate, whether using traditional Extension Service teaching methods or innovative approaches that utilize new studies and research on how we process information. Paul was interested in joining TST based on his workshop experience and numerous conversations with current and former Stone Trust board members. “I just want to support and expand the pursuit of excellence in instruction and overall professionalism that TST seeks,” Paul says.

Paul has two grown-up daughters and lives with his wife Mary Beth on their woodlot in Putney. TST wishes Paul good fortune with his retaining wall and we would like a picture when it is done!