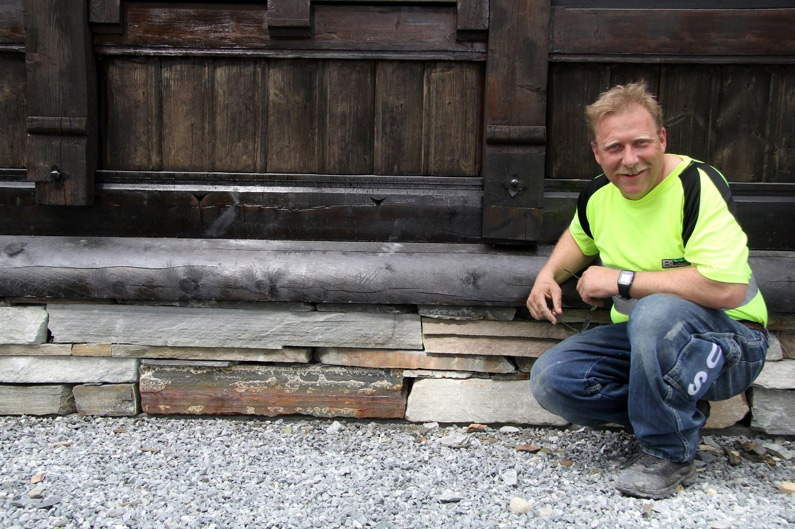 Back in the spring, Arne Henning Holten became a friend in walling from Norway, where he and others have started a slate quarry. He sent good wishes and photos of some of the projects they have completed.

Later he showed us how they split slate.

Most recently he sent us an article about the Thams pavilion, which was erected at the 1893 Chicago World’s Fair, later transported to Wisconsin, and eventually–after more than 100 years standing in the U.S.– returned to Orkdal where originally it was built. You can download the article here.

For more on Miljøskifer AS, you can visit their Facebook page.