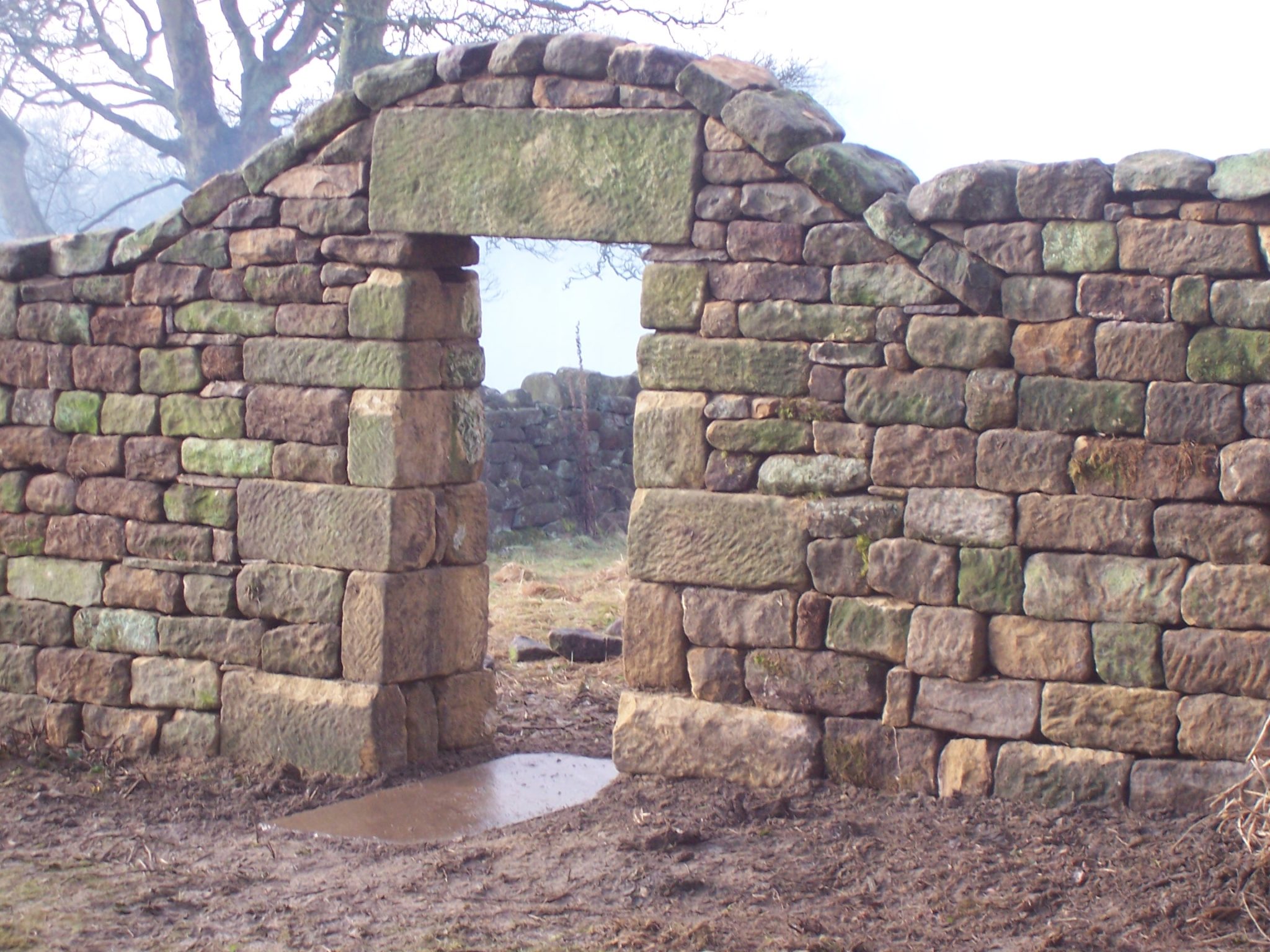 Philip is from a small town called Skipton in the Yorkshire dales, England, a full time dry stone walling contractor for the past 25 years, a DSWA mastercraftsman for nearly 30 years now , he is a trustee of the DSWA, sits on the craft skills committee and is an examiner too.

His early career was mainly rebuilding field boundary walls, nearly 10 years employed by farmers through grant aided schemes reinstating with a team large lengths of derelict wall. During this period he was a regular on the competition circuit winning at both local and national level many times and winning the title best British mastercraftsman 3 times in the early 1990’s.

Success in these competitions lead to more prestigious jobs including working on some of Andy Goldsworthy’s dry stone sculptures along with several local authority art based and commercial projects.
Now the majority of his work is private sector, garden walls, stone features and alittle stone letter carving.

During his career he has done many years of part time teaching running dry stone walling courses for local colleges, National trust and the probation service most recently , along with the opportunity to travel working in the US this spring and at Deans Stonewurx 2012.

Philip lives with his partner Vicki and has three daughters and three grand children by his eldest daughter, in his spare time enjoys oil painting, walking and is a keen bake off fan!

Images below show a variety of Philips projects over the years.