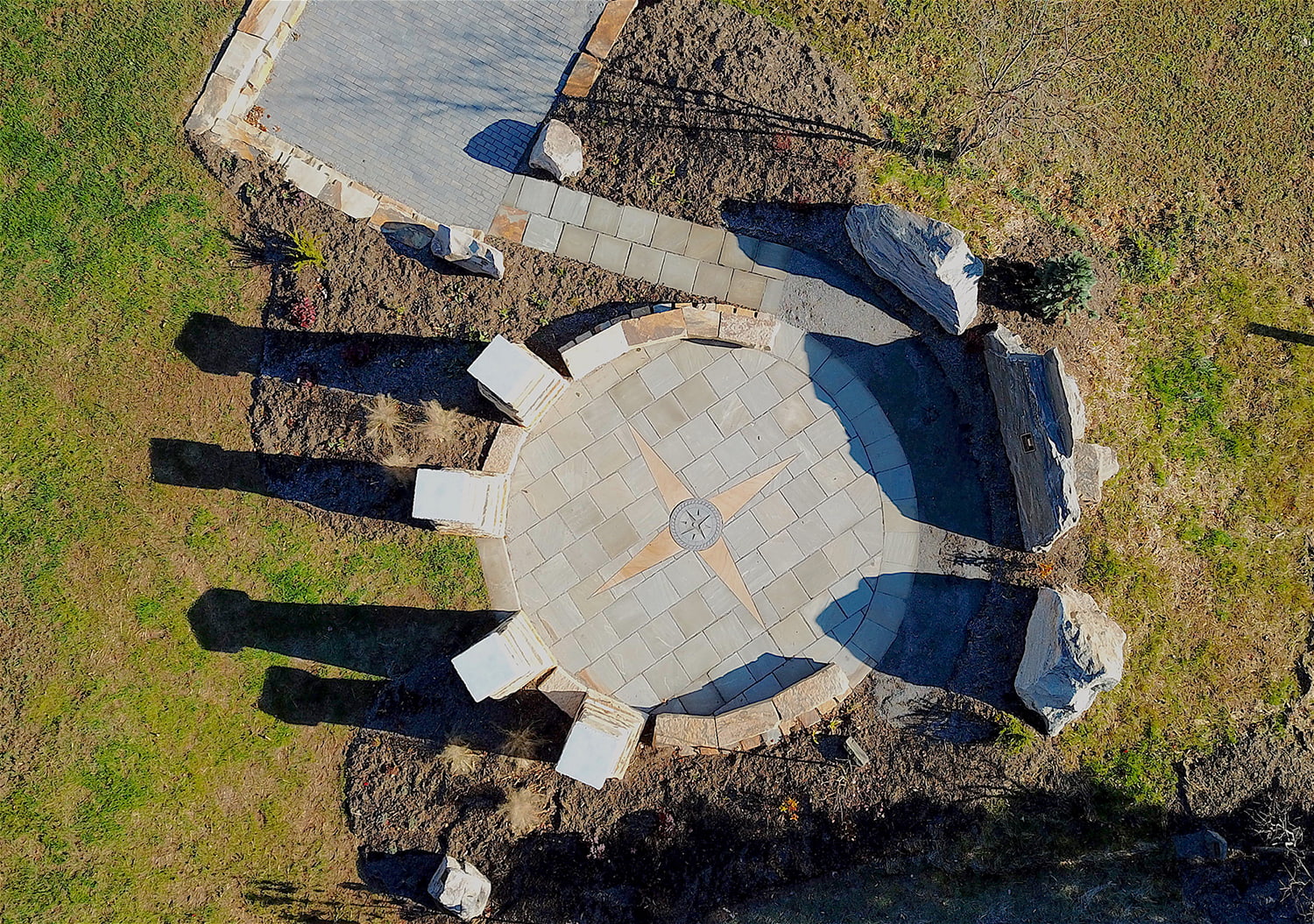 JOE DINWIDDIE (New Mexico) Since 1997, Joe has built, restored, and designed drystone masonry landscape installations throughout the United States and in Scotland. He got his start in the craft during its revival in central Kentucky in the mid-1990’s. In addition to building, Joe is dedicated to teaching. He leads hands-on workshops as well as presentations for all ages.

FEATURED IMAGE (above): This 2017 installation stands at the Outward Bound School in Asheville, NC. The three locally quarried granite boulders weighed 13.5, 8.5, and 7.5 tons. The columns’ granite capstones and the patio’s compass rose were quarried in Georgia. The sandstone columns, patio, benches, and walkway were quarried in Tennessee.

Photo Below: The project has numerous solar and lunar alignments between the columns and boulders.