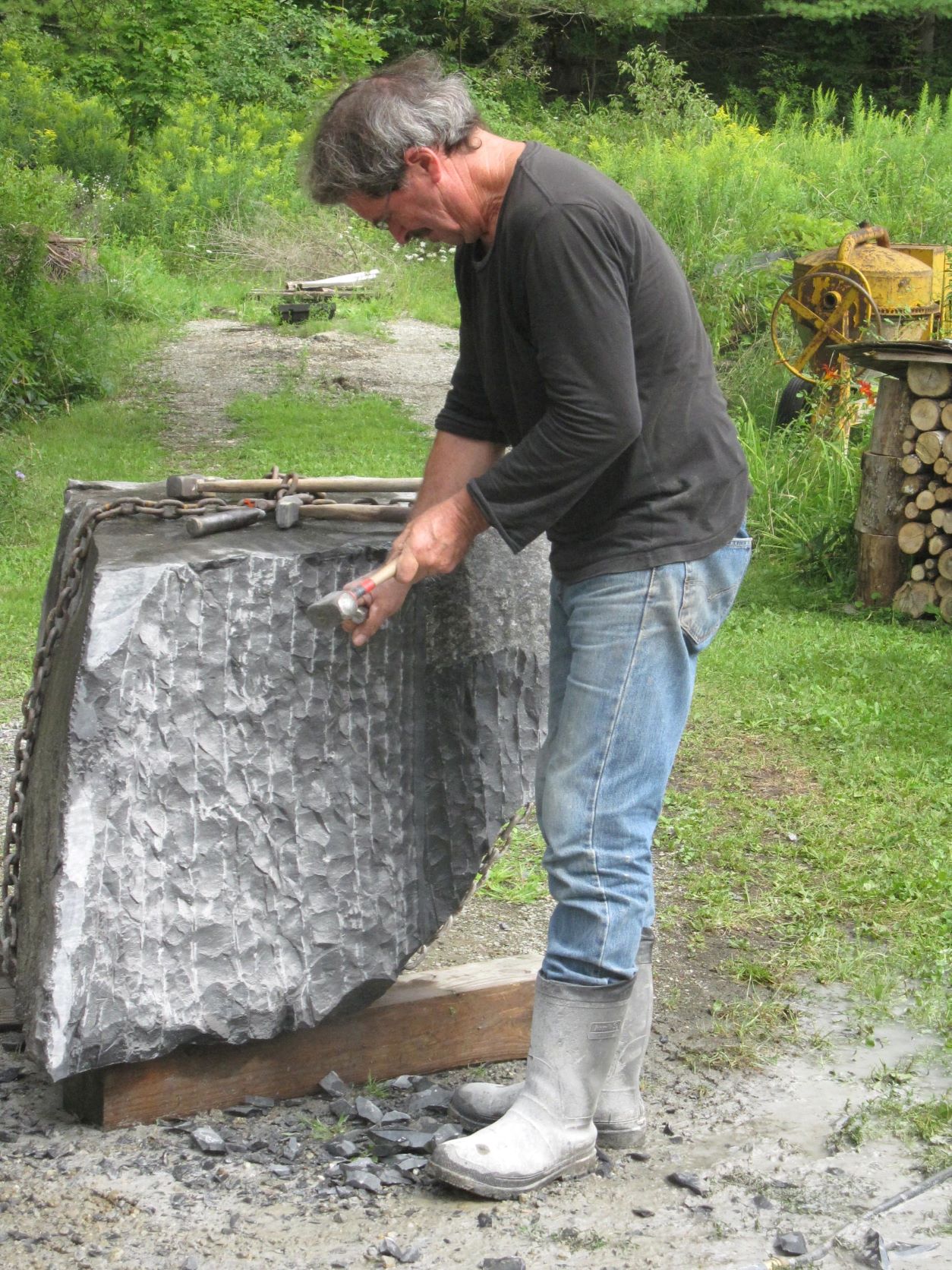 Tai Dinnan and the Stone Trust are partnering to sell the inventory of stone working tools accumulated over the career of Charlotte, Vermont stonemason and sculptor Terrence (Terry) Dinnan.  Terry died unexpectedly in April of 2021.  Tai hopes to sell these tools to artists who will put them to work, continuing in the spirit of her dad, and creating and repairing beautiful stone work in Vermont and beyond.

One of the lessons Terry taught Tai from an early age was, “Always invest in good tools.”

Terry’s stoneworking career started with a sculpture class in college.  In 1970, during his junior year at UVM, he started a long artistic relationship with mentor and friend Paul Aschenbach.  In his 20s and 30s, Terry was active artistically as a photographer and sculptor.  He participated in several international art symposiums including projects in Vermont, Austria and Japan.

Upon entering fatherhood, Terry’s work shifted to drywall stone masonry.  He and his partner, Al Ulmer, purchased a quarry in Essex, NY and used its limestone for their projects which included exterior walls, patios, and fireplaces. Their quarrying work was basic – rather than blasting, they peeled back the very thin topsoil and removed the first few layers of stone underneath using feathers and wedges.  Terry had a meticulous attention to detail and enjoyed having a career where he could spend his time outside creating well-built beautiful spaces.  He and Al were work partners and best friends.  Their work shifted slightly in style over time as the characteristics of the stone they were quarrying changed.

Terry’s collection of tools includes those he purchased throughout his career and some he took from Al’s collection when he died in 2014.  Many of Terry’s tools are Japanese, dating back to the two sculpture symposiums he participated in Suwako (1978) and Hagi (1981). To inquire about how to purchase tools, please contact info@thestonetrust.org

In 2020 Terry sold the limestone quarry to Champlain Area Trails, donating his portion.  The property is within walking distance of the ferry and is open to the public year-round (Look for Essex Quarry Trails on this map).