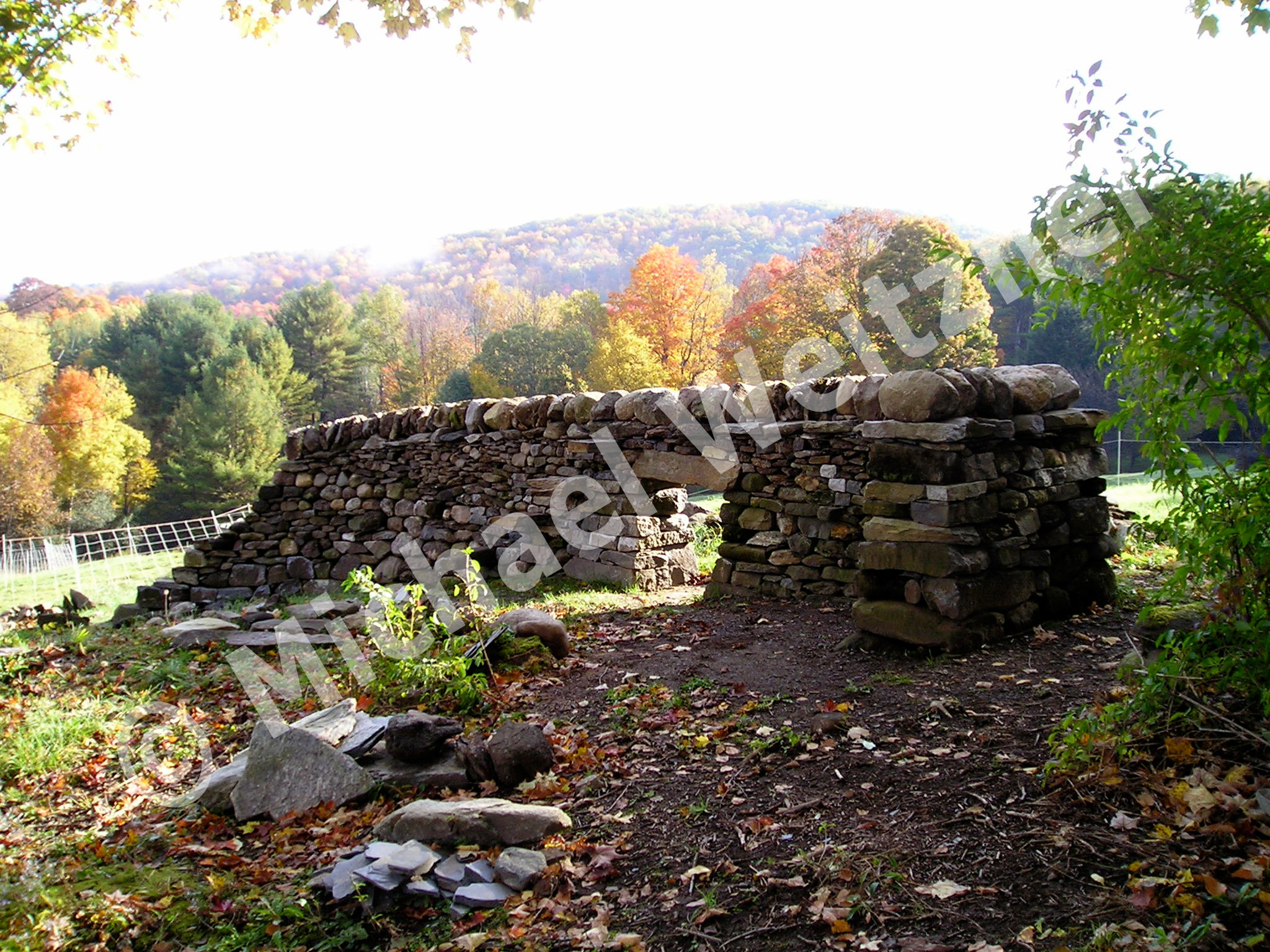 Michael Weitzner, featured in The Stone Trust’s 2017 Calendar, is the sole proprietor of Thistle Stone Works.  Michael holds a Master Craftsman certificate issued in 2003 by the Dry Stone Walling Association of Great Britain (DSWA-GB), of which he has been a member since 1993; he is also a DSWA-GB Certified Instructor.  Michael was one of the Founders of The Stone Trust and is currently a professional member and regular instructor.

Based in Brattleboro, Vermont, since 1996, Michael Weitzner was born in Switzerland in 1962 and has lived in Spain, England, Scotland and the USA.  Michael’s fascination with dry stone began at an early age when he was introduced to it by his Swiss grandfather.

He arrived in Scotland in 1981 and it was there that he embarked on his journey as a professional dry stone waller.  Michael’s first full-time experience of dry stone work came in 1993 when he was hired by Master Craftsman Neil Rippingale, to assist with the construction of a dry stone house on the Isle of Harris in the Outer Hebrides, an archipelago off the West Coast of Scotland.  (Commissioned by a native of Harris and her civil engineer husband, the thatched cottage is a modern version of the dry stone black houses of the past designed to conform with current building code.  The project received the first ever Pinnacle Award given by the DSWA-GB.

Michael has a strong interest in historic preservation and is working to promote the use of best dry stone walling practices in public works.  Recently he has written technical condition assessments of dry stone covered bridge abutments for the State of Vermont Agency of Transportation (VAOT or VTrans).  Michael has also been asked to provide consultancy services for the preservation of covered bridges in Oregon and a dry stone arched bridge in New Hampshire. His work has been featured in New Old House magazine, Vermont Life magazine, ‘Good Fences’ by Bill Hubbell and on HGTV’s Rebecca’s Garden.