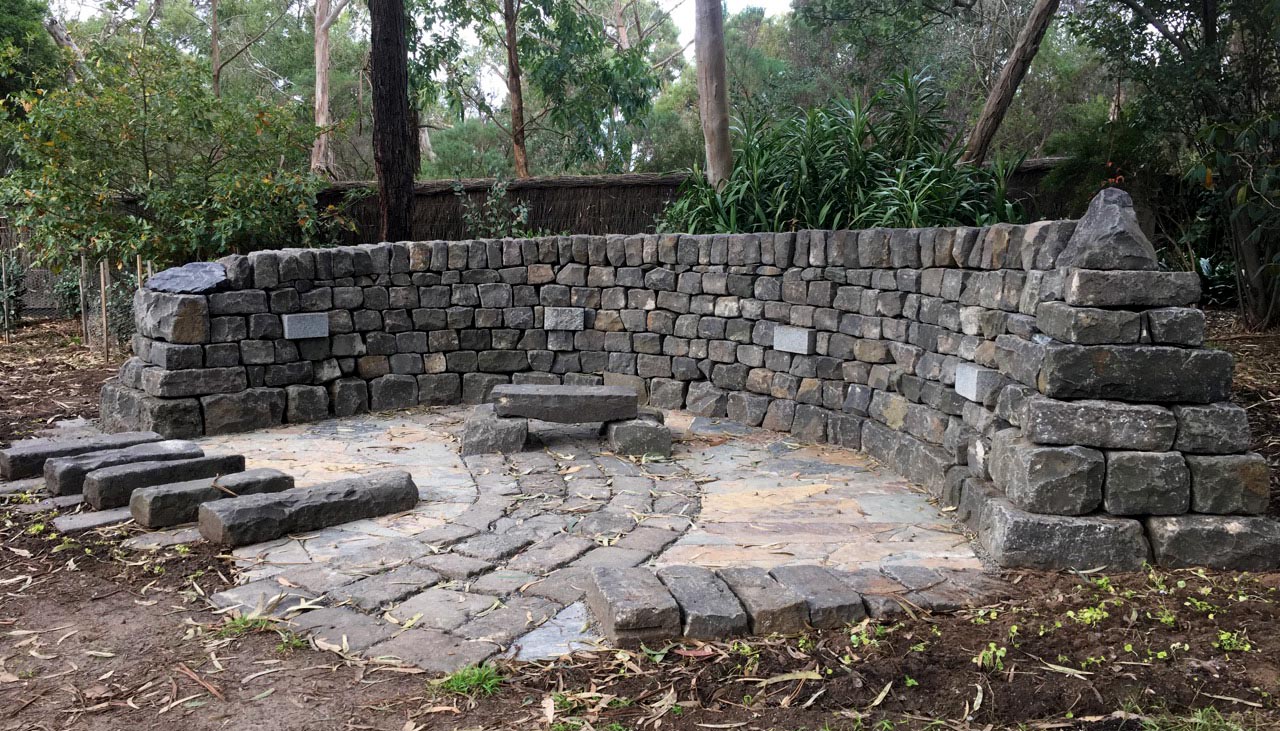 Member Nicholas Chesla of Australia submitted photos and commentary about his recent project working with local bluestone.  Thank you Nicholas!

The wall is made from bluestone most likely quarried near Melbourne in the state of Victoria, Australia. Many of these blocks were previously used as cobblestones in streets and lanes. Their previous use is easily spotted as there’s usually one surface that’s extremely smooth and well worn. One can only imagine the vehicles and people that must have travelled over them for many decades.

Blocks such as these have been a feature in Melbourne since the mid-19th century. They’re also referred to as bluestones pitchers.

I love the color, texture and character of this basalt stone. And I’ve wanted to build a dry wall using these blocks since attending my first Stone Trust workshop in the summer of 2013. My previous efforts at landscaping using basalt rock were decades ago as a young adult but then always using cement to hold things together.

While these bluestone blocks have some degree of uniformity there aren’t two that are the same size.

Since 2013 I’ve been collecting these blocks when I could buy them at a good price and by May 2017 had an ample and wide enough of stone to begin work.

The curved wall provides the backdrop for a protected garden seating area. It rises from three to five feet with a base width of three feet at the the lower end, widening to four feet at the higher end. The seat is a repurposed lintel.

Once on site, I found the crucial pieces of equipment for moving the stone around were a small handcart, a long crowbar and some pieces of heavy metal pipe that doubled as rollers.

Last summer’s – 2017 – stone shaping workshop provided many practical pointers for splitting and sawing that were so helpful in proceeding upwards with the second lift. And there was also some timely advice from Brian Post on augmenting the number of through stones. This was done using some granite seconds from a local monumental mason.